Ao Thong is situated approximately 10km north of the Khao Lak, a little paradise beach not too far from the tourist hub.

This white sandy beach was not always the location of Khao Lak bungalows. Here is the story of Ao Thong Beach Bungalows and Restaurant and how this famous Khao Lak beach got it’s name.

The History of these Khao Lak Bungalows

In English Ao Thong means Golden Bay, however,  this was not always the case. In the not too distant past large mangrove forests covered the area and provided the perfect habitat for monkeys. So numerous were these monkeys that the bay was aptly named Ao Ling, meaning Monkey Bay. With the rapid rise in tourism in Khao Lak, the monkeys started to disappear and the name was later changed to Ao Thong. As well as meaning Golden Bay, ‘Thong’ in Thai also means ‘richness’. The bay certainly has an outstanding ‘richness’ of nature and some breathtaking views. Ao Thong is the perfect location for Khao Lak bungalows.

In 2002 Mr. Nueng and his wife, Nong built a small restaurant on the edge of the beach attracting many customers from the Khao Lak area. Ao Thong Beach Restaurant was soon well established as a Khao Lak restaurant serving delicious Thai food. The restaurant was later expanded with the addition of seven Khao Lak bungalows, some with fan and some with air-conditioning.

Disaster struck the region in December 2004, leaving Ao Thong Beach Bungalows badly damaged. Devastated, but not disheartened, Mr. Nueng vowed to continue and with the help of Nong repair work commenced in 2005. Ao Thong Beach Restaurant re-opened in February 2006, albeit it on the original smaller scale. With the return of regular and new customers this restaurant was enlarged to its former size with the addition of five new air-con Khao Lak bungalows.

Many people find this quiet and idyllic location the perfect place to escape the hustle and bustle of Khao Lak or Phuket life. Kick back and enjoy Ao Thong Beach, lounge in the shade or take a dip in the sea.

The sea is shallow with very few rocks and is great for swimming. Ao Thong Beach Bungalow’s facilities include sun loungers with beach umbrellas and clean toilets and showers.

Should you wish to stay and enjoy the sunset or have dinner by the sea, or better do both, Mr. Neung can arrange a taxi service back to Khao Lak. Better still, stay for a few days in these warm and inviting Khao Lak bungalows. 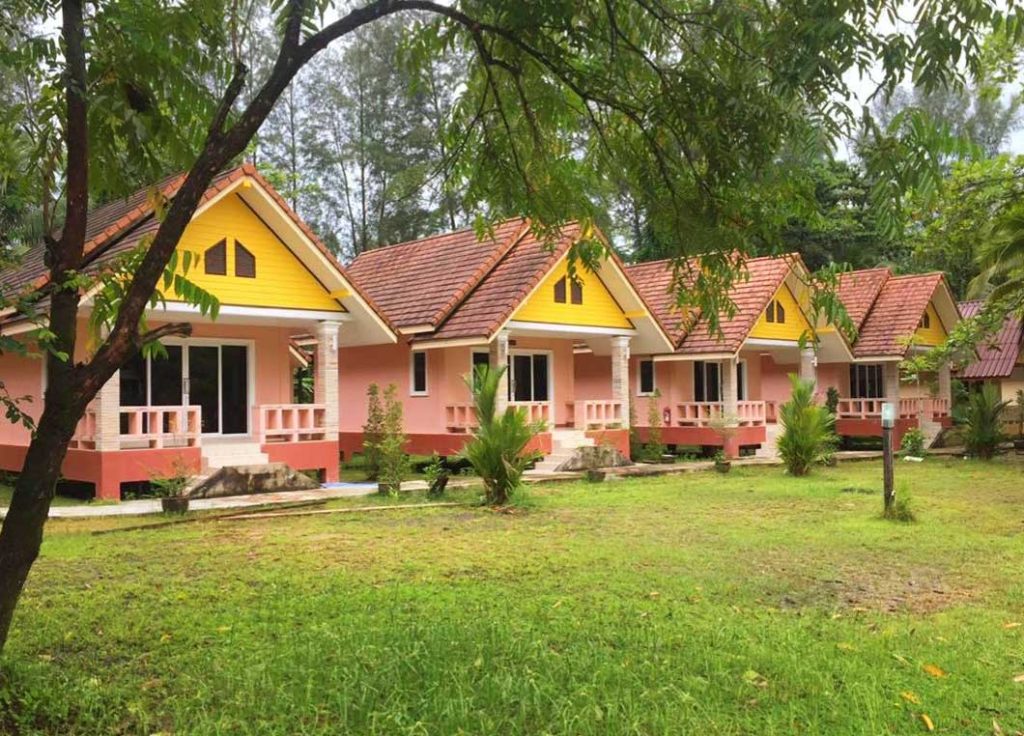